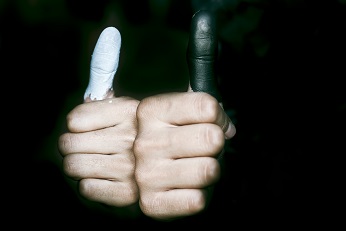 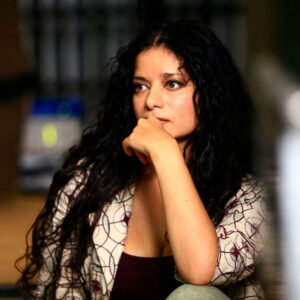 It’s time for artists to support each other more…

Back in the day, 35 years ago, when I was starting out, the competition between artists, writers and musicians even on the same projects were fierce. Information about how to thrive was closely guarded, and smaller labels and managers took advantage of anyone’s ignorance about music business law or procedure and exploited it ruthlessly. There are lots of deals I signed which should have been better, even with people I knew well and counted as my ‘friends’. They didn’t care or feel any responsibility to tell me that.

It was truly rare then for artists to mentor each other. The competition between singers – especially female singers – was even worse. An unconscious air of resentment pervaded, right down to passive-aggressive comments on looks, skills or direction. It was a lonely place to live one’s professional life.

Mercifully some of this has changed. I’ve seen other visual artists mentor people – and I know of progressive bands that have too. But there’s still a hangover from the old days, and wherever undermining still exists – whether, on a personal or business level, we need to stop.

Many creative people are struggling

This is a reflection of the wider economy, but the fact is, artists are among the worst hit because of the way that funding is being systematically cut, and the music business has been restructured, royalty-wise. It is harder than ever now for new artists of quality to be ‘born’ especially if they are from less privileged backgrounds. Could a boy from poor area like the old Brixton become the next ‘Bowie’ now? Sadly, almost certainly not.

We are the caretakers of our cultural landscape. Now more than ever, experienced artists are the guardians of culture. Our support to the right people, will in large part determine how rich the creative ‘soil’ or our artistic culture remains. Whatever our private insecurities or ‘beefs’, it’s time to act maturely and put them aside in order to preserve as rich a creative culture as possible.

It’s time to contact each other and form communities rather than ‘taking sides’. It’s time to give away your secrets to people you mentor. It’s time to support people from difficult or challenging backgrounds because we need them to give us their creative perspective and stories more than ever. It’s time to give the other party the advantage, where on principle it’s the right thing to do (rather than exploiting their ignorance) because we need to think more of the big picture than of ourselves. Let’s be brave because no one can do this but us.

Help other artists weather the storm

We’re weathering an unprecedented storm in the creative industries. We’re the canary in the coal mine re the undervaluing of human work. It’s going to happen in the wider world eventually as technology replaces many roles including solicitors, stockbrokers, doctors and chefs. This technology already exists. While in an ideal world, this should mean plenty and leisure for all, unless the people who own such expensive technologies are willing to share their wealth (does that sound likely to you?) it will impoverish everyone instead.

Let’s really support each other

In the meantime, let’s support each other. I mean true kindness. I mean emotional honesty and support, advice, contacts, insights, legal help – whatever we can give. Because we have GOT to survive this with our collective legacy of expertise intact. Especially those without a cash buffer or a privileged background, whose stories are getting rarer and rarer.

We need to pull together as a community wherever we can and support and mentor other creative people. Remember, record companies, publishers, distributors, galleries, agents and managers won’t do it for us. It’s in their interests for us to compete. But we need to take the longer view, because when the robots have taken over, what will really matter is creativity. That’s when we’ll be needed more than ever.

I’m starting a coaching and mentoring service, especially for self-employed creative professionals to help them thrive in their careers. Find out more here.